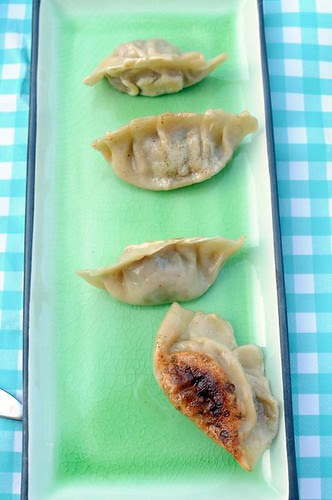 Dumplings. One of my favorite foods in the whole world. They're just so, so, so delicious. They have many names - potstickers, gyoza - but are often quite similar. And honestly - NOT hard to make at home! It took me a long time to try them, but after having eaten them many times at Dagmar's home, and helping her fold them too, I made them for myself and it was just fine. 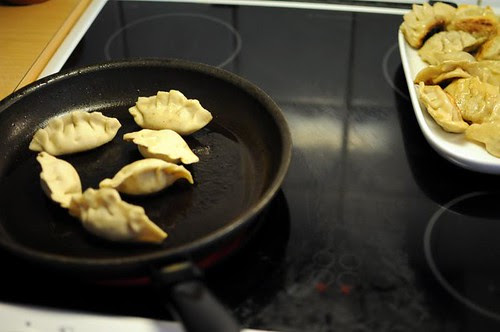 You can buy ready-made dough (frozen) in some Asian supermarkets, but it's so easy to make your own. A pasta machine comes in very handy though, and a large glass for cutting out circles. And you need a frying pan with a lid.

You can freeze the finished, uncooked dumplings, and then just cook them directly from frozen. So make a big batch!

Mix all of the ingredients together.

Oh my gosh! These look so yummy!
My boyfriend loves Dumplings, so these are a MUST try! Thanks for the recipe!!

Oh YUM! I love dumplings and will definitely try your recipe. :)