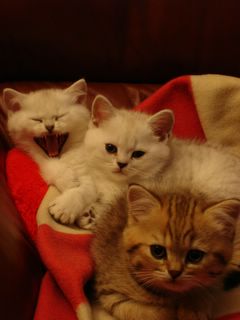 Today is Sweden's National Day. It's a little bit funny, because in stark contrast to other countries, nothing specific is really celebrated on this day. Not like the US Independence Day, or France's Bastille Day, or Norway's May 17 (when they actually celebrate that the union between Norway and Sweden was ended).

Or well - it's not entirely true. Sweden's National Day celebrates the day Gustav Vasa was elected king in 1523, and it's also in memory of one of our constitutions frm 1809. (No longer in effect.) But no one knows this stuff. (I had to look it up.) So, it's safe to say that our National Day is not so much of an event, exactly. Indeed, this year is the first one when it's actually a holiday! The decision came very late last year, when most calendars were already printed. The government decided that we needed some more national cheer, so we should get the National Day off work. Yeay, another holiday! No. Sorry. They decided to even it out by taking out one of the other holidays, instead. (Pentecost.)

Anyway. So what do we do to celebrate this day? The government would like to see us cheering in the streets, waving flags. But Swedes aren't really much of a flag-waving country. I'm personally celebrating by taking an extra spinning class at my gym, featuring only Swedish music. And that's about that. :)

Food-wise - there's a fairly new tradition (since 1997) of each year naming a new National Dish. This is decided in a competition between five cooks, each nominating a recipe. The winner will be announced today, so I'll have to report back. The recipes can be found here - but sadly just in Swedish.

The announcement is part of a six-day long food celebration called "Smaka på Stockholm" - A Taste of Stockholm, loosely translated. It's a big fair in one of the large parks, where several restaurants offer some of their best menu items for a very fair price. I walked around for a bit on Saturday afternoon, but I wasn't hungry at all so I didn't try anything. It sure smelled good though!

Meanwhile - the picture is of the kittens, they're nine weeks old now and starting to grow up into real little tigers. All three have found new owners, and will be moving out in a few short weeks. Ah, that's the bittersweet part of cat breeding - it's great to see them grow into their own little personalities, and it's great to meet new cat owners - but I miss them so much!
Posted by Anne at 10:17

oooh ur kittens are sooooo cute!
My kitten is 6 months and getting bigger now... sigh

They are just so darn cute!!