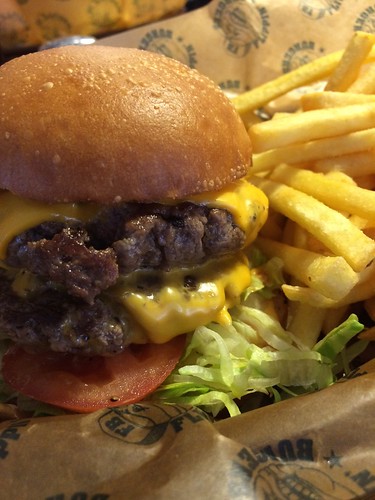 Hamburgers are always in style, or so it seems. In Stockholm, there's an on-going competition for the title "best Burger", and various lists are posted all the time. I don't really eat out that much so I haven't tried all the supposedly "best" ones, but I have tried Flippin' Burgers several times. And I have to say, they're definitely my favorite. They now have a bigger place, with more seats, but you still have to show up right when they open (4 pm) or be prepared to wait. However, it will be worth it.  The burgers are fantastic - fat and juicy and bursting with flavor. I especially recommend coming so hungry that you can have a double burger - they're incredible.

Fries are fine, but nothing special. But they're served with a very vinegar-y mayo, which is nice. 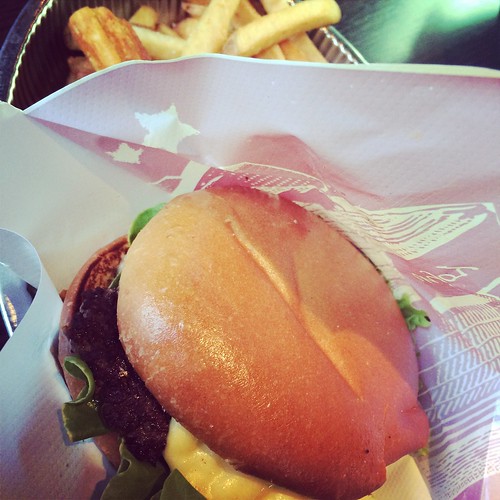 Svenska Hamburgerköket has a pretty off-beat location, in Hägersten. You order at the bar, pay, and get your food. Sit anywhere. It's not huge, but it wasn't full with people either so no wait when we were there. The menu has slightly more options than Flippin' Burgers does, especially with some seasonal specials. We went for the classics, though, to try them out. How did they add up? Well, pretty well, but not as good. The burger itself seemed to release much more juice, which left the meat a little dry and my hands very greasy. It also had more toppings, which is of course optional, but I felt that they weren't of the best quality. Cheese didn't taste like much.

Fries however were very yummy! Better than Flippin'. But no free dipping sauce... 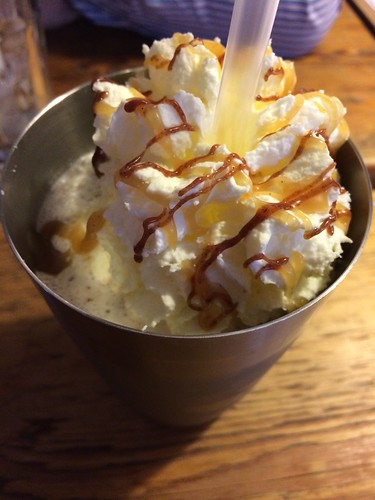 The milkshake from Flippin' Burgers, made with Ben & Jerry's ice cream. This one was made from their Chew Chew Caramel - delicious obviously. Svenska Hamburgerköket has pretty good milkshakes too, but not like this. So to sum it up? Best burger is at Flippin' Burgers. But both places are good, and I'll gladly eat at both.

Wow hamburger look delectable. I am drooling over my keyboard.