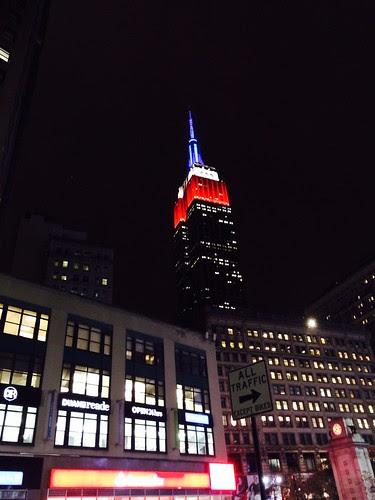 How is it possible I haven't told you about all of this already? My trip was in November! However, when I got home, the holidays happened.. and it's been pretty intense. So better late than never, I suppose! Here's a quick round-up of all the foodie things me and Lena were up to this time. 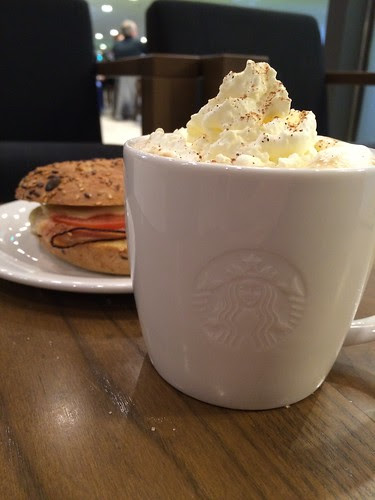 Before leaving, I had breakfast at Starbucks. Nothing says vacation like a Peppermint Mocha latte! 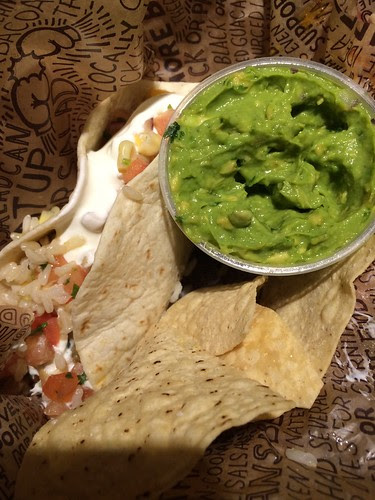 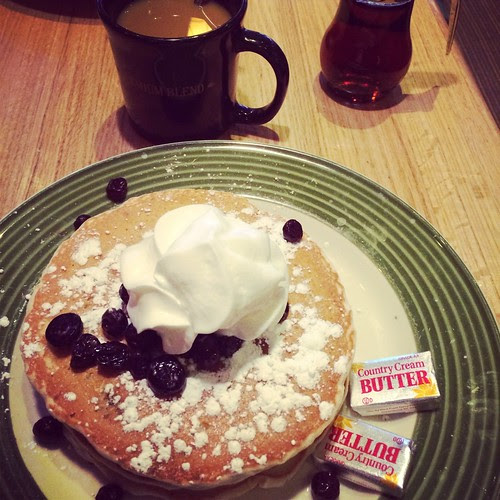 Blueberry Pancakes at Applebee's. Not the best we'd ever had, but perfectly good and a great breakfast before a full day of shopping. (Steer clear of the coffee though - horrible!) 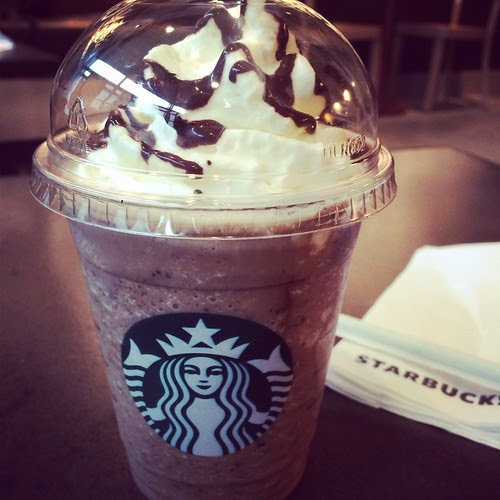 So to get some caffeine that was actually drinkable... a frappuccino was in order. 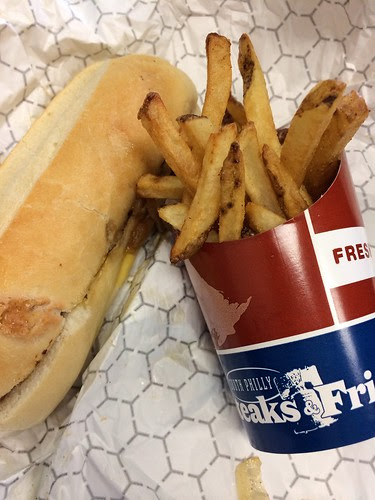 Lunch at the outlets - a Philly Cheese Steak Sandwich. 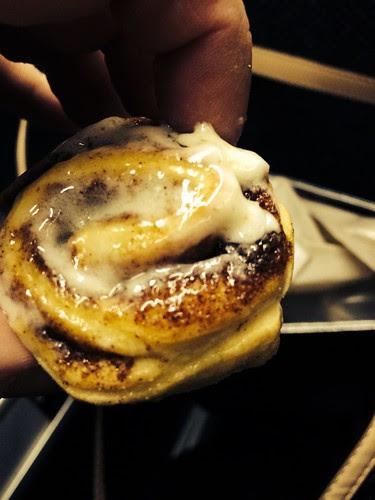 And on the bus home, we smuggled in some mini Cinnabon buns. Oh, these were amazing. 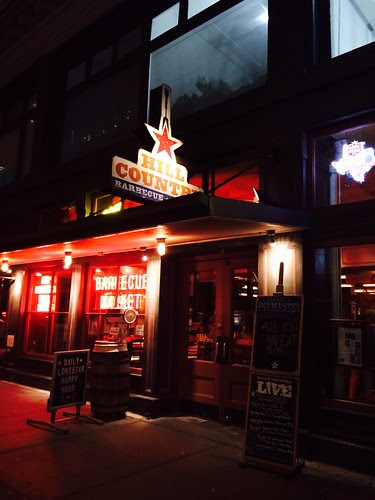 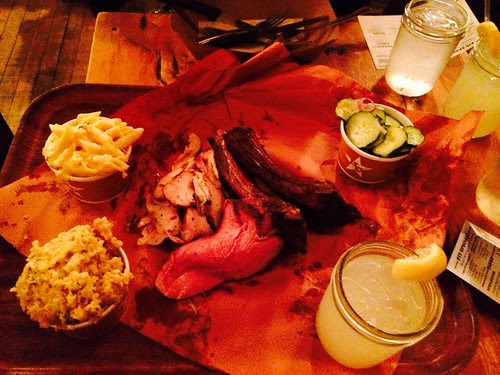 Incredibly tasty. We had beef ribs, turkey and.. shoulder, I think. Mac & Cheese ,an amazing corn pudding, and a really super cucumber salad. And lemonade, of course. 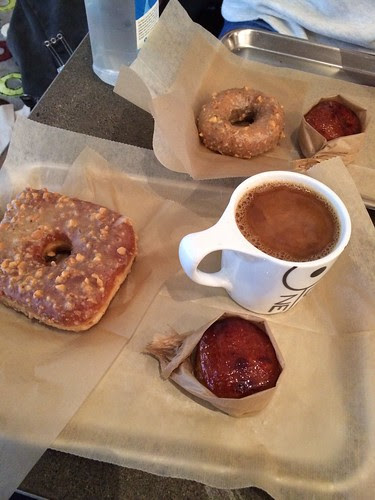 Breakfast at Doughnut Plant! Crème Brûlée doughnut is the best, but all of them are good. I had a peanut butter/banana cream, too. The coffee, sadly, sucked. 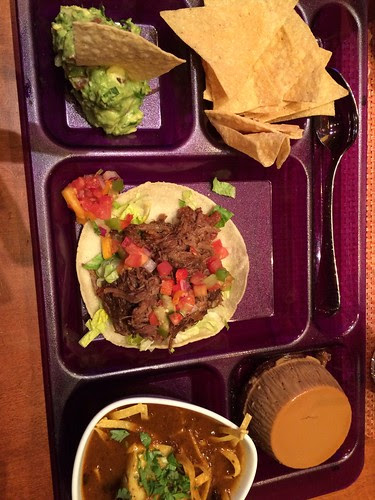 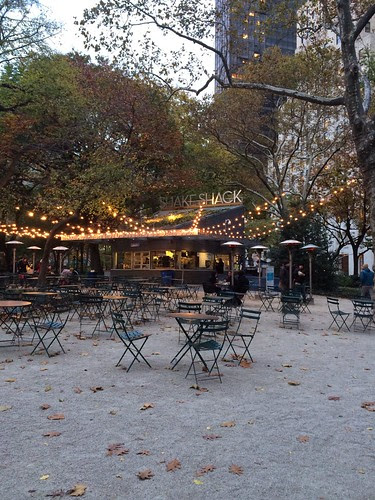 The Shake Shack! In November! Cold, you guys! 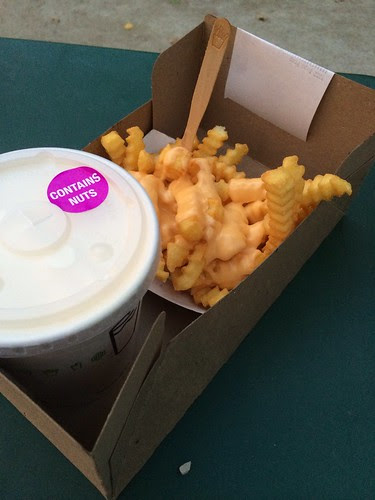 But that didn't deter us, we had peanut butter milkshakes and cheese fries. 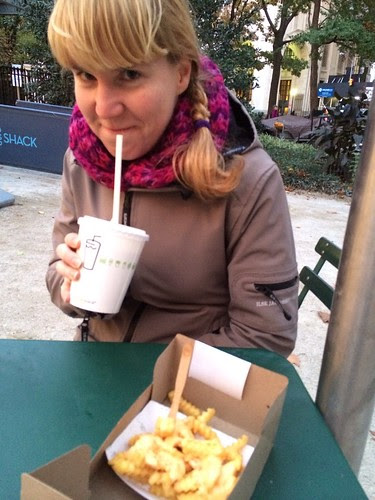 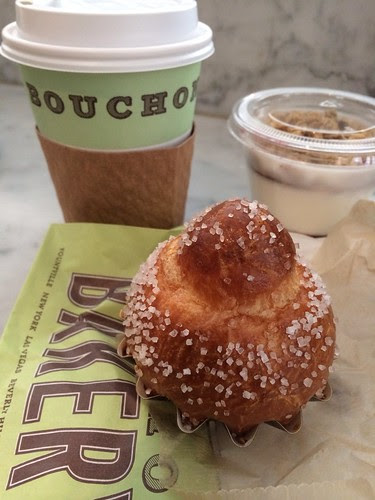 Another breakfast, at Bouchon Bakery. 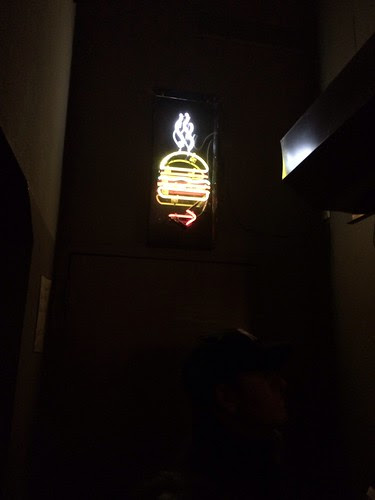 And for lunch, burgers at Burger Joint at Le Parker Meredien. A well-kept secret.. unless you know about it. 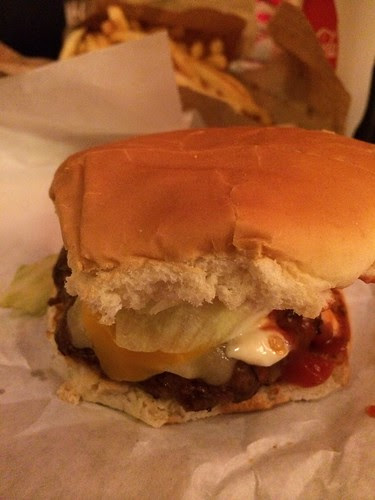 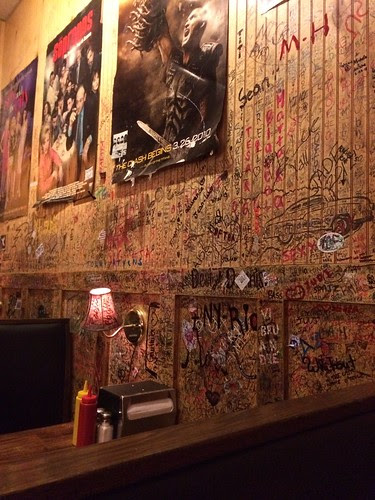 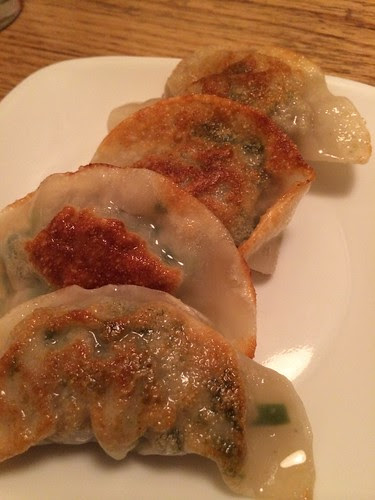 Our hotel was in Koreatown, so we were just down the street from Mandoo bar where we had dumplings... 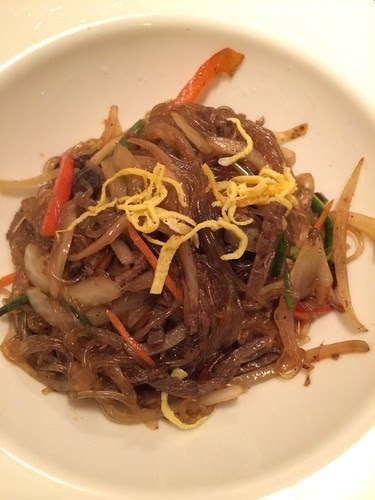 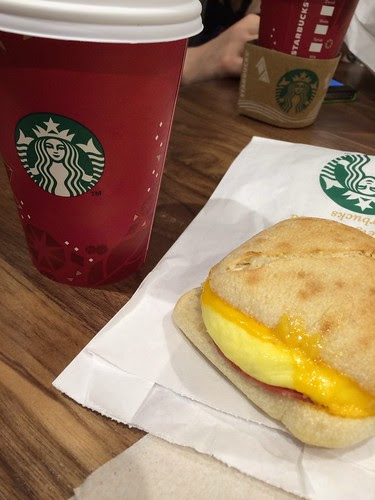 Starbucks at Macy's, for our last breakfast. 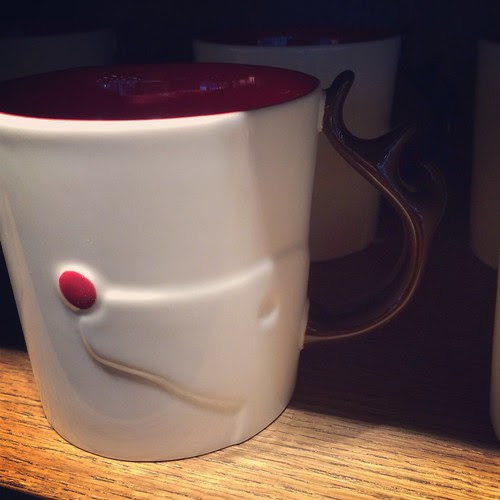 Bought the most adorable Rudolph mug at Starbucks. Of course, I bought a gazillion other things, too...
Posted by Anne at 09:49

What a fab trip! And my other half bought that very same mug, to add to the Christmas mug collection. I love it :-)

I´d love to go there again. Last time, a couple of years ago, I went with my sister and parents. Fine, but since my fahter is getting old, we could not do everything we wanted.I loved Rosa Mexicano - wonderful guacomoles and we visited a very simple chinese place in Chinatown, wich was memorable. Not too clean, impossible to guess what was in the food but most of it tasted delicious.

Wow, what a great city with a great food, make wanna go there :)