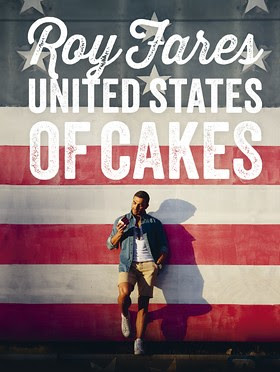 I've mentioned the Swedish pastry chef Roy Fares a few times before - like when he won pastry chef of the year back in 2010, and when his first cookbook, Sweet, came out. At the moment, he's one of the judges on the Swedish version of Top Chef: Just Desserts ("Dessertmästarna"), and he's also just released a second cookbook called United States of Cakes. Despite the name, it's in Swedish - for now, I'm sure someone will eventually translate it into English. As the name implies, it's a book about American sweets, many cakes but also plenty of cupcakes, pies, crumbles and donuts. Just as his last book, this one makes me drool as I read through it. I want to make E V E R Y T H I N G. Where to begin? The peanut butter filled donuts? Or the apple crumble cheesecake? Seriously. Amazing. And the book has beautiful photos, by one of my very favorite food photographers, Wolfgang Kleinschmidt. (It also has, just like the last book, plenty of photos of Roy himself.) 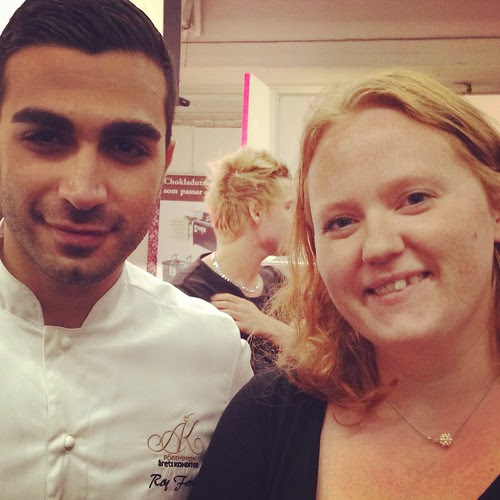 And since I'm such a fan, when I saw Roy at this year's chocolate festival, I frankly couldn't help myself -  I had to ask a friend to take a picture of us. *blushing*