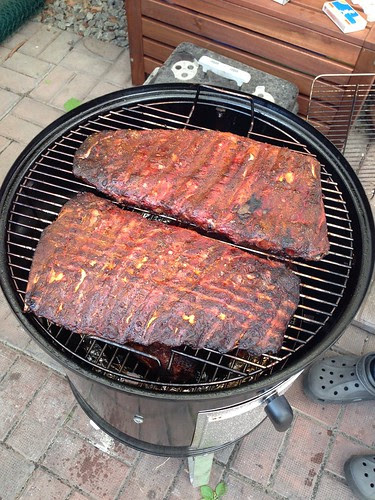 We attempted spare ribs in the smoker for the first time. We bought the best ribs our grocery store had - from Scan Rapsgris, canola-fed pigs, and they were great. We trimmed them off, St Louis style (awesome video tutorial here) and rubbed the with this spice mix, and let them sit for four hours or so. Then, they were smoked in our Weber Smokey Mountain, but I'll spare you the details.

Once finished, we cut them into smaller pieces, and slathered them with Bourbon BBQ Sauce. At this point, we brought them with us to a potluck fourth of july part at Lena's, and then re-heated them in the oven. Results? Awesome.

So try the rub, it works well for all kinds of pork (and probably other meats as well.) We also rubbed and smoked a pork shoulder while we were at it, and then let it cook in the crock-pot over night.. but that's another story. 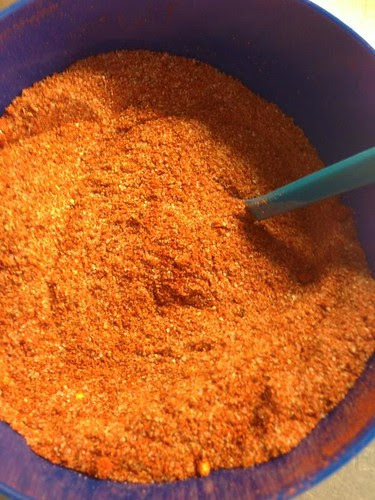 Simply mix it all together, and keep in a tight-lidded jar. (Don't, like me, try to shake it in a not-so-tight-lidded jar... unless you're fond of cleaning up.)
Posted by Anne at 16:49