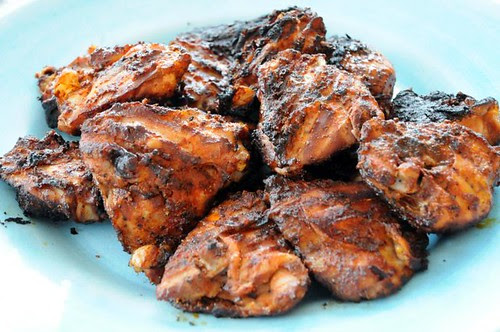 We’ve just received our weber bullet and it was time to take it out for a test run. We decided to do Virtual Weber Bullet's basic barbecued chicken recipe for beginners. Ideally you'd use half or quartered chickens, but we wanted to do something a little smaller since we're hoping to land on the perfect way to cook drumsticks eventually. (Great way to feed many - and we've volunteered to do food for our pre-school's next workday.) Our store was all out of good drumsticks, so we used chicken thighs, bone-in.


So, a few hours before you want to eat:

Let the smoke chips, if you’re using small chips instead of chunks as we were, soak in water for a minimum of 30 minutes. Chunks don't need to soak at all.

We used VWB:s all-purpose dry rub as suggested but in the future we will reduce the amount of salt a little. Our chicken was frozen, and in Sweden, almost all frozen chicken has been infused with saline and is already a little salty. 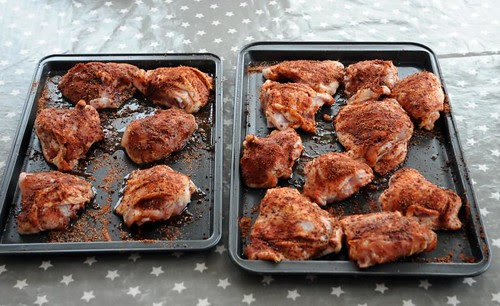 Combine all ingredients and mix thoroughly. Rub all over your chicken, and let it sit at room temperature for about an hour. 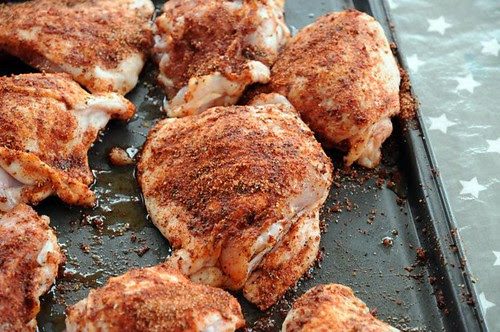 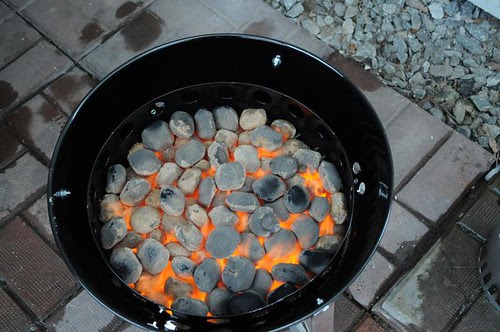 This recipe doesn’t call for temperature control so during the entire cooking process the water bowl was empty and all vents were fully open.

Cooking Log - this is how we cooked it. All temperatures in F, as that's what's shown on the smoker itself and what most recipes available use. 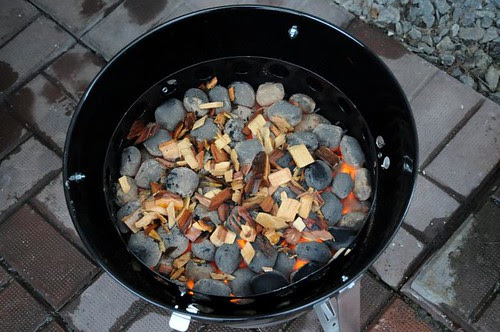 The result was perfectly cooked chicken thighs with a great smoky tasty. We served them with corn bread, goat's cheese and pear quesadillas and onion rings. 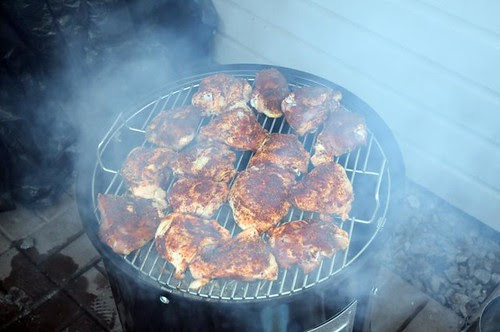 (As you might notice, this recipe is not my usual style of simple, direct writing. That's because it's actually written by my darling husband, who in his profession writes long-winded technical stuff. Hence the cooking log. Which apparently is de rigeur with most bbq-users. Expect more - we bought the Bullet on the premise that he would get geeky with it.)

That looks so delicious and I'm always down for smoked foods of almost any kind. I'm looking forward to Spring and giving something like this a try. Many thanks for sharing.