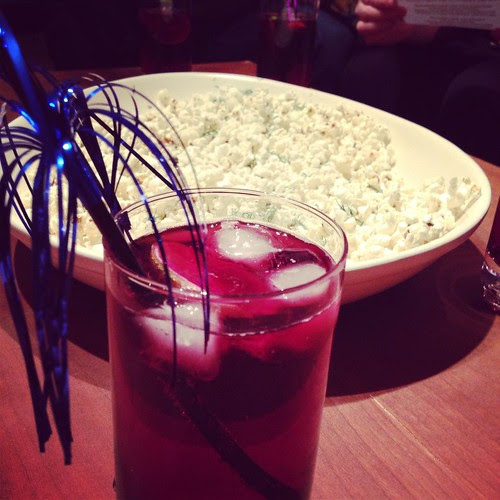 To start us off, a fizzy cassis drink and Parmesan Dill Popcorn, made by me.

Any long term readers of this blog, you already know that every year, a group of my friends get together to make a fabulous dinner. We started back in 2006, and it happened to be on trettondagsafton, or Twelfth night, as January 5 is also called. (In Swedish, it's "13-day-eve".) It's definitely one of my favorite traditions - it marks the end of the holidays, and also the start of a new, fabulous food year. 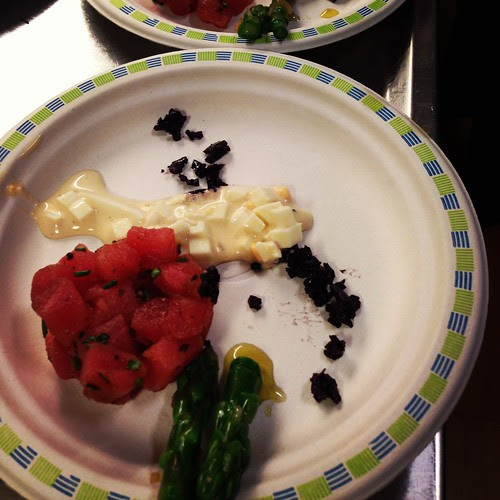 First starter, a Tuna Tartare with Egg Vinaigrette, Asparagus and Kalamata Olives (given ingredient: fish) , by Erika and Mikael.

The idea was that each couple should make a starter, a main course and a dessert, all tiny, to make up a large tasting menu with many surprises, as no one knew what the other people would be making. I made a bunch of small dishes instead, and we ended up with 13. Since then, we decided that 13 was an excellent number, because of the date. 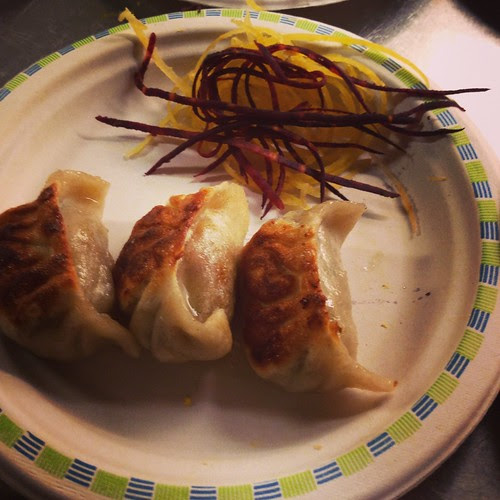 So, we usually have four couples, and I make a drink and a pre-dinner snack to make up the total number. We've done a bunch of themes, as well as completely theme-less. This year, we decided to randomly divide main ingredients between us, to make sure we'd get a good variation. (Not that we usually have any problems with that - except for the first year, when we had two, very good, fish soups.) 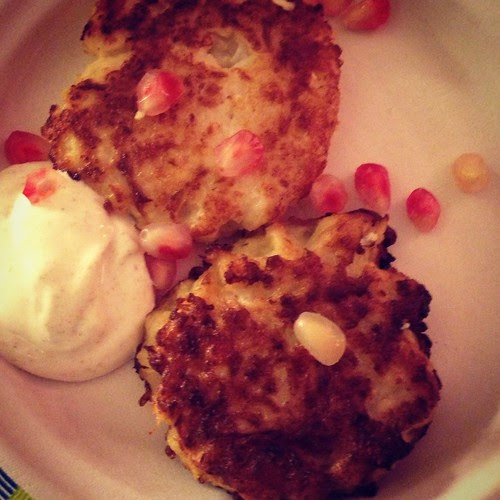 Third starter: Cauliflower & Feta Cheese Fritters with Cumin Yogurt and Pomegranate (given "ingredient": vegetarian), by me.

Oh, and I hope you don't mind my Instagram photos. I did try to take better ones too, but with all the cooking, and all the kids... well, these ones are probably the best, anyway. I'll post recipes for my dishes eventually, and if Lena and Dagmar posts on their blogs, I'll link. 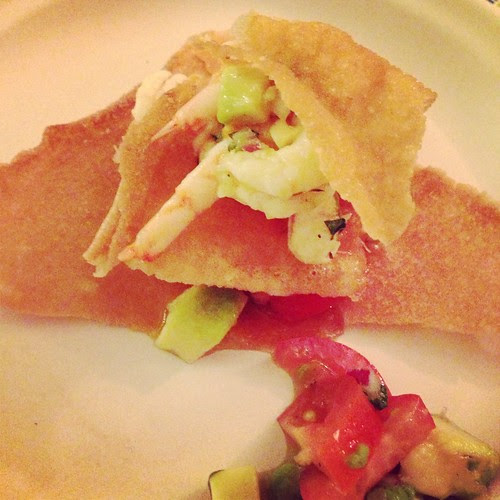 Fourth starter: Avocado and Prawn salad, with Crispy Springroll Crackers (given ingredient: shellfish), by Lena and Per

Any ideas for a theme for next year? We've tossed some ideas around, like different decades, celebrity chefs, signature dishes, favorite cookbooks, more countries, colors (!) and some others, but we haven't settled on any yet. 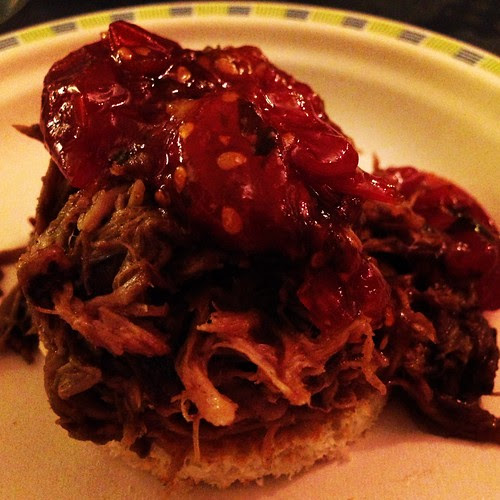 First main: Braised Pork with Tomato Marmalade (given ingredient: pork), by me

Oh. A friend on Facebook asked why we eat on paper plates. You guys? 13 courses. 8 people. (plus kids.) That's at least 104 plates. And washing up that much would truly suck. So paper it is. 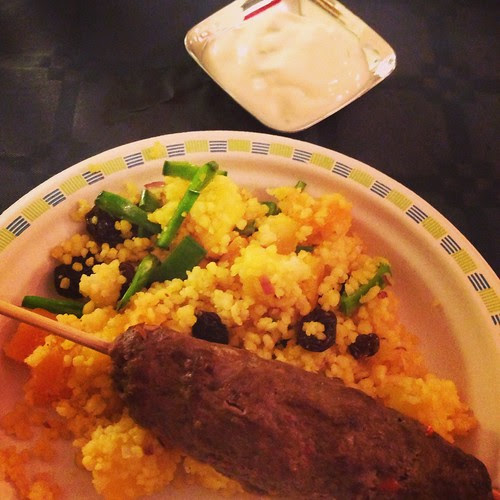 Second main: Oriental Moose Skewers (given ingredient: game), by Lena and Per 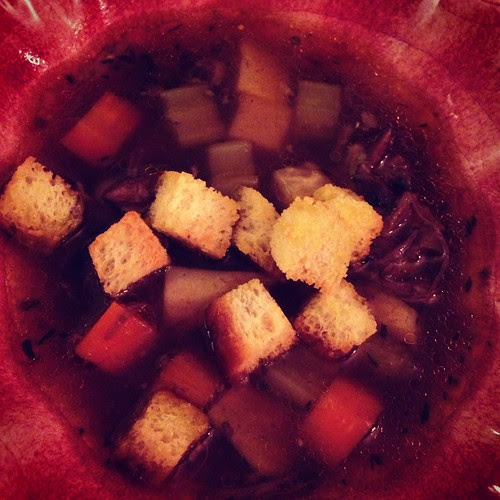 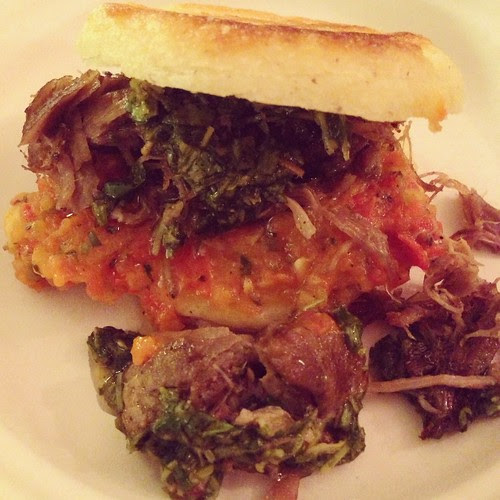 Fourth main: Arepas with slow-cooked Lamb, Sofrito and a Herb Drizzle (given ingredient: lamb), by Dagmar and Fredrik 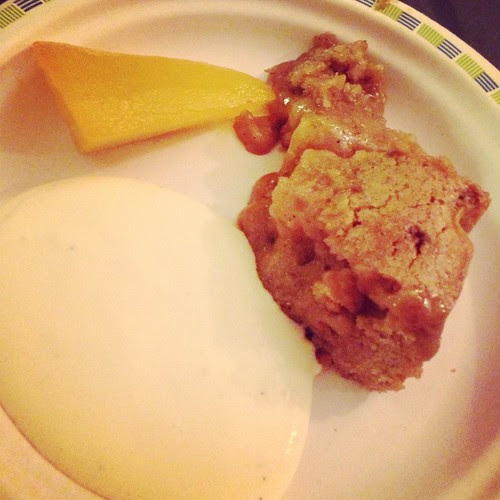 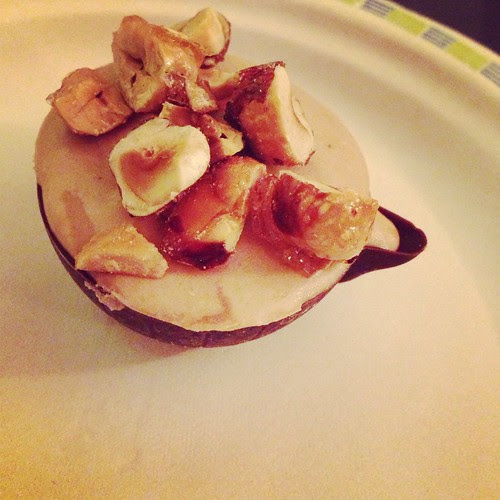 Second dessert: Gianduja Gelato with Caramelized Hazelnuts (given ingredient: nuts), by me 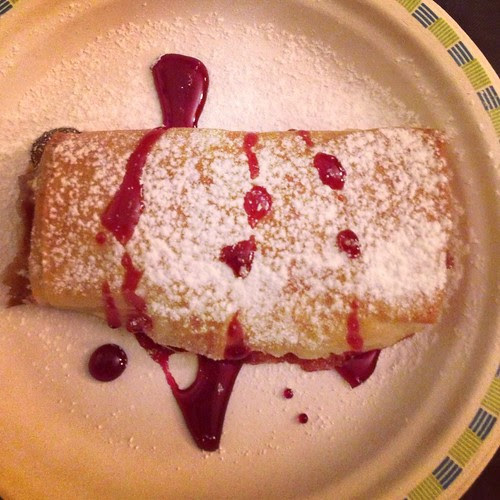 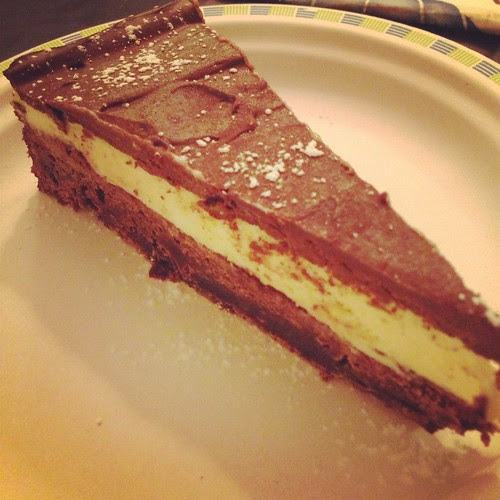 Wanna read about our previous dinners?

OH ANNE! These are dishes are fantastic. I followed live on Twitter and am so excited to see the recipes, especially the fritters. I love this tradition.

OH ANNE! these dishes are fantastic! I am especially excited to see the fritter recipe. This tradition is so lovely.