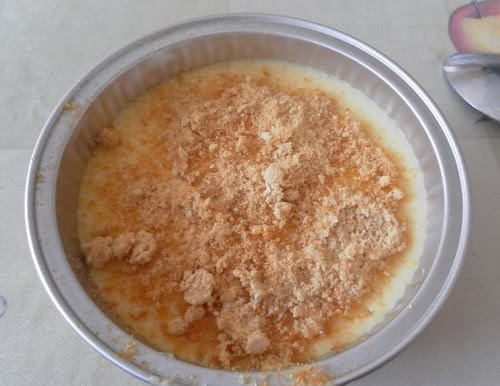 Crema Catalana is the Spanish version of crème brûlée. It's actually quite similar, but apparently it's often milk-based rather than made with cream, and it often has cinnamon and orange. I haven't made it myself - do you have a favorite recipe? 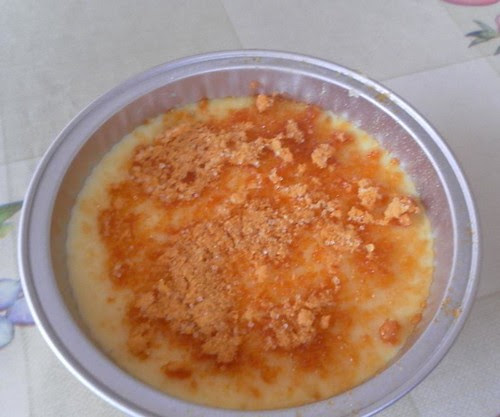 In Spain, since we mostly ate in, we bought some ready-made Crema Catalanas for dessert, to eat with sliced strawberries. They were delicious - and quite fun, because to get the crispy caramelized top, they had a little packet... of something. I'm not sure what. Sugar and something else, because as you sprinkled it on top of the custard, it actually turned into caramel.

Sure, you get much better results by sprinkling sugar and using a torch to caramelize it - but as that wasn't an option, this was a pretty good substitute.
Posted by Anne at 16:20

One of my favourite things to eat - but I've never tried making it. I'm going to change that now. Thanks for the recipe!

I love making it as it is less easy to destroy than the baked brulee!!

This is the recipe I have used...

Would LOVE to know what the sprinkled sugar is that they used on yours!! Though, the hand held blow torch works well too :))

Thanks for the recipe Kate! I'll definitely try it soon :)

I love all types of pudding desserts. Creme brule, pannacotta, flan... Thank you for the lovely recipe!