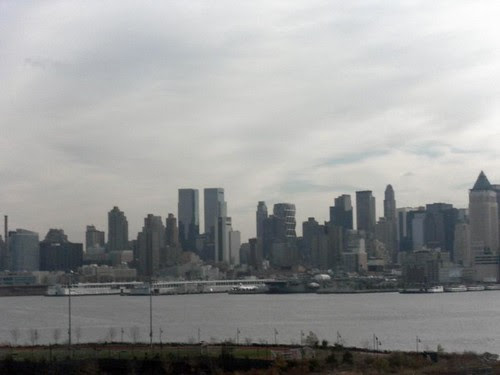 Ok, let's get going on my enormous photo pile! First things first - I went with Lena and Dagmar, and we stayed at the Bedford Hotel which was right near Grand Central Station. Great location really - we found that it was easy to get to, easy to get to where we wanted, and the area felt safe in general. The first night was super cold, so we all bought warm pajamas and blankets, and got them to turn up the heat. Other than that, we were happy. 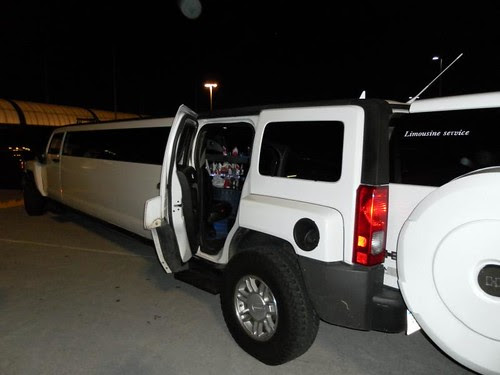 Our ride from the airport

We took a shuttle from the airport. I expected a mini-bus, but ended up in this - a huge, white Hummer limo. Complete with flashing lights and make-out music. It felt surreal but was kind of fun. 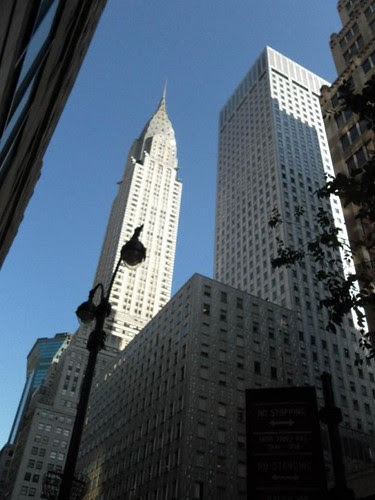 The Chrysler building - just a few blocks from us. 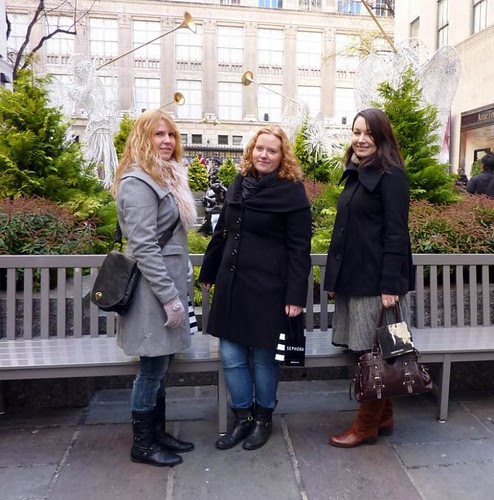 Lena, I and Dagmar, at Rockefeller Center

Main purpose of the trip? Shopping. Just shopping. And eating, but that took a backseat to... shopping. I really, REALLY recommend going to Woodbury Commons Outlet, if you're as shopping-minded as we were. We had a great time. You need to take a bus there, but it was well worth it for us. 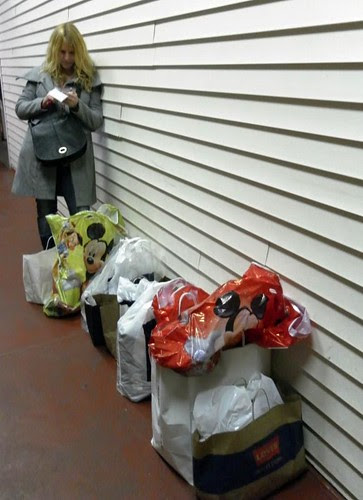 Lena, with most of our bags at Woodbury Commons. 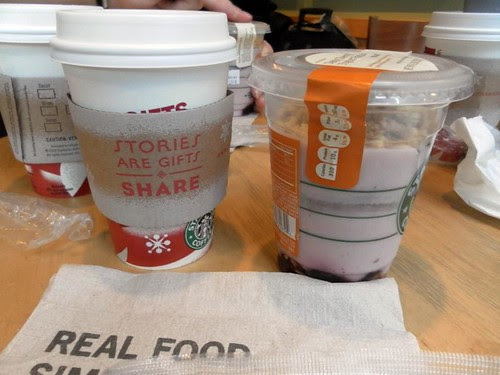 As for food - well, we all agreed to skip fine dining on this trip. We did want to eat at several places, but ended up eating pretty much where we were, rather than making trips across town. (Like I said, shopping came first!) We had breakfast at Starbucks twice, at Dunkin Donuts, and at Lily's which was a pretty expensive restaurant attached to a hotel. Overpriced for sure (at least their breakfast menu) - but tasty pancakes. Service was just ok - we waited for a long time. Sadly, we had to do that at the majority of places we went. 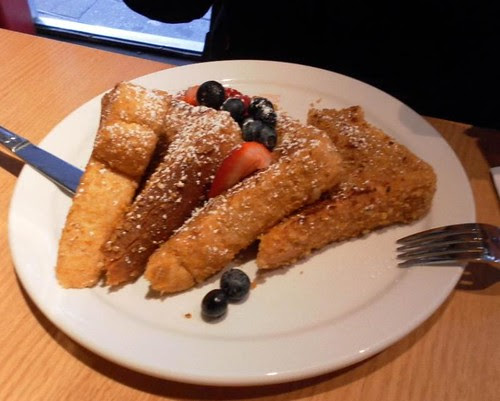 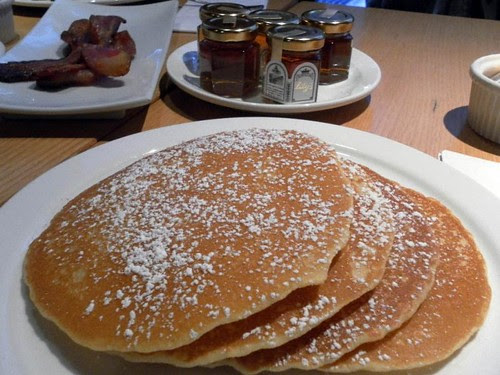 We ate at several other places - but let me tell you about some of them in another post!
Posted by Anne at 19:53

I can hardly wait your next post!:)
I adore NY and the USA. Lucky you, I wish I could be there, too.

Looks like a wonderful trip. Great for some xmas shopping

Looks wonderful and the shopping was succesful, I can see!

oh envious:( I want to be there but I think it's too expensive to handle lol well maybe next time

hi anne, this is nice to heard that you are going to be in the newspaper,your Chanterelle Caesar Salad dish is really good,I can hardly wait your next post.