I had a lunch date with a steam oven 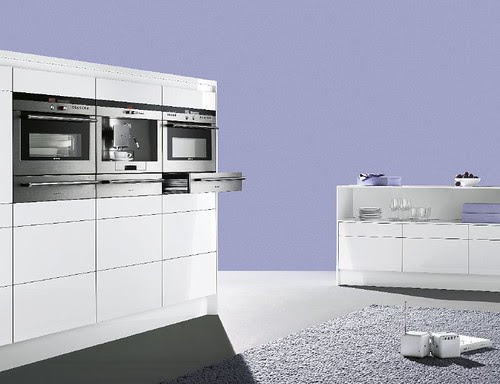 No, not my kitchen.

I was invited to lunch by Siemens today. They were showing their latest innovation, a steam oven for home kitchens, and of course I was intrigued. I know Johanna of The Passionate Cook has been trying out one for quite a while, and I was excited to look at this one. (I'd be even more excited if I got to take one home, but alas, no.. then again, I have no idea where I'd put it.)

Siemens steam oven is pretty small, and it has a combination of steam and a convection fan so you can do pretty much everything in it. It's not great for baking cookies according to the chef who was demonstrating, but bread comes out perfectly. And the food we got.. very yummy. All the photos are from Siemens by the way, I only had my mobile phone and those photos were not half as good, so for once I'm using press photos. 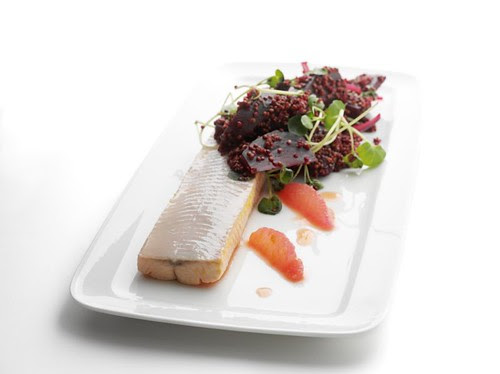 So, the food? First, arctic char steamed in blood orange juice, with a salad of beetroots and red quinoa with watercress. Delicious, but I actually found the fish a little to acidic. The salad was nice though! (Both the quinoa and the beetroot were steamed.) 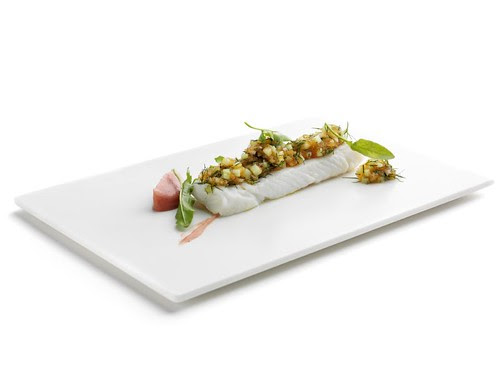 Second, also fish, steamed pike-perch with a coulis of marinated cucumbers, bleak roe and dill. Alongside that, a small mound of steamed apple sauce - yum! 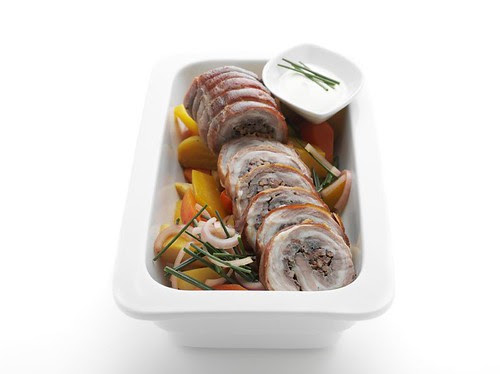 Third, a rolled up lamb, braised in ale, filled with crispy pork and served with root vegetables and a soured yogurt. The garnish was really great - pickled shallots and chives.
Posted by Anne at 14:31

I also got invited, but had school today =(. Thank you for showing the pictures.

Oh too bad Rebecca, I'd love to meet you!! :) They did bake a bread, too - it came out really really nice.

To my great surprise I was invited as well. I wanted to come but my children's daycare was closed today so - no steam for me ;).
Thanks for describing what it was like!

Hi Anne
My wife & I just bought the Siemens iq700 combination oven but have to admit we are desperate for some guidance on how best to use it! Are there any cookbooks you'd recommend or better still a class my wife could attend? her idea not mine by the way,any help would be gratefully received.

Ronnie - oh, I wish I could help! I know Siemens in Sweden have made a few booklets, or short cookbooks, that I assume they send with their ovens.. not aware of any commercial cookbooks though.

Ronnie, I have started to blog some of my steam and combination steam oven recipes at 2foodwithlove.com.

They are all tried and tested and not too complicated.