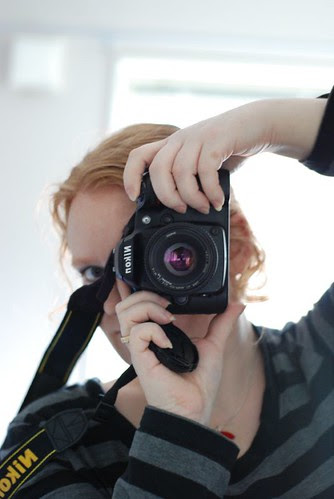 I've been tagged for several memes again! Fun! I suppose that means you want to know even *more* about me? Well, I'll play! Joelen and Greg both tagged me for the same one, and Cinnamonda for a shorter, but similar one.

What were you doing 10 years ago?

In 1998, I was in my second year at university. I lived in a dorm with seven great people. Partying hard, studying a little, having a lot of fun. I studied political science at the time, mostly - later on, I've expanded a bit and have degrees in something called "Science, Technology and Society in Europe" and English, as well as political science. Yes, I studied for quite a while. And 1998 was actually the year me and three of my friends won a big dart tournament and won a trip to London. (No, I don't really play darts. We were very lucky.)

What were you doing 1 year ago?

Umm.. that's much harder, for some reason. Same as I'm doing now, I suppose - except I didn't exercise as much, nor walk as much. I have the same job as I did then, the same house, the same husband... :) We did have gorgeous kittens this time last year - something I miss a lot, I hope we'll be lucky enough to have some later this year.

- Honey-roasted cashew nuts (especially Planter's - incredibly yummy! And wouldn't you know, not sold in Sweden. Probably just as well, or I'd never stop eating.)
- Potato chips - preferrably just lightly salted. I like American Ruffles too, a lot. And I remember something called Sun Chips? Those were awesome. But never flavored, I really prefer the salted variety.
- edamame (fresh or frozen soy beans) with salt
- Oranges (especially if someone else peels them)
- Cheese

Five things you would do if you were a millionaire

I guess it depends on how much money I have, but let's assume I have lots - ok? And I'll be really honest here. This is really, truly what I would do.

- I'm impatient
- I get really cranky when I'm hungry - and I refuse to admit that it's because I'm hungry
- I click my nails together
- I tear at my toenails. (really a very bad idea)
- I like things to be done MY way.

Oh, this is hard! I have no idea. Honestly, I don't really discriminate - I love nice clothes and accessories, but I have no problems buying something really cheap as well if it suits my style. And as for specific styles.. who knows? I don't feel like wearing bright turqouise now, but what's to say I won't like it in half a year? Never is a strong word!

- Anything that's big and shapeless, just because it might fit me
- Neon leg warmers
- anything with velcro
- a wedding dress (well, I didn't really wear a dress.)
- Bright blue mascara

And, finally, five bloggers to tag for this. I'll go with some old friends that I don't think has done this recently. (And one new friend!)

- Jeanne at Cook Sister
- Johanna at The Passionate Cook
- Dagmar at A Cat in the Kitchen
- Susan at Farmgirl Fare
- Inge at African Vanielje
Posted by Anne at 07:11

where did you get the adjustable temp water kettle? I could need one now.

Jessika, it's from Philips. Here!

Anne, this was a fun read. I too get horribly cranky when I'm hungry and won't admit that's the reason why. ;)

Multiple tags. You must be popular! :) I need one of those water kettles.

Oh, I enjoyed reading this about you!

Anne, thanks for the tag. I need something to kick my blogger butt into gear this year. I love your meme, but can't understand why you wouldn't want to wear bright blue mascara and neon leg warmers? Have you ever tried Janet Evanovich - she is a very humourous crime writer, very OTT, but she does make me laugh!

Oooh, a meme to welcome me back from holiday! Thanks & I promise to get to it this week. Some great answers in yours too - I'll have to think hard to come up with equally snappy answers :)

Something to cut your food...