Special pop-up banquet - and a chance to win tickets! 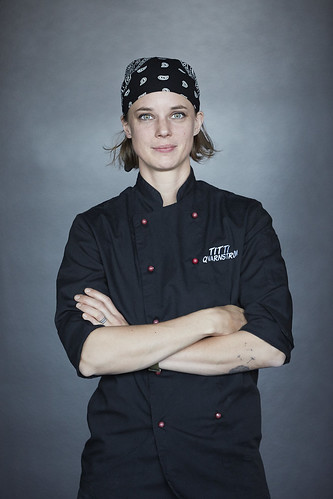 Lidl is a grocery chain, present in several European countries. I mostly go there for their fun seasonal stuff, ice cream, and their really great fruit and veg department. I don't have a store very close to me, or I'd definitely shop there more often.

Last year, they partnered up with a famous chef to create a pop-up restaurant, to showcase their ingredients. This year, they have something even more special planned: a one night only pop-up banquet called Le Bon, on December 10. The chef is Titti Qvarnström from restaurant Bloom in the Park, who was the first Swedish female chef to receive a Michelin star.

So - some facts. The banquet will be held at Globen Annexet, on December 10. Anyone can buy a ticket tomorrow, December 2, but you better hurry - they'll sell out fast. Titti will have 50 more chefs to help her serve everyone - 1300 guests! The proceeds from the banquet will go to cancer research, Barncancerfonden. The menu - and therefor the recipes - are secret until the big night, but after that I hope I can share them with you.

Careful readers might note that this is on the same night as the big Nobel banquet. If you're not invited to that - I know I'm not - this is your chance to go to another big, fun, spectacular party! I've been given the opportunity to give away two tickets to Le Bon. If you want to win, tell me your favorite party recipe in the comments. Two readers will win one ticket each. Last date to enter is Sunday December 6, and the winners will be contacted via e-mail shortly after that.