Around the World on a Meme 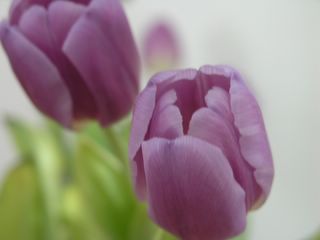 Ooh, another meme! I love playing in this sort of games. (Although I do admit, I have an old one from the Swedish bloggers that I still haven't done.. I will, soon. I promise.) I've been tagged twice for this one - once by Anna at Doughboy and once by the Kitchen Queen. So, here we go!

1. Please list three recipes you have recently bookmarked from food blogs to try:
Umm. Three? Ok. I keep a running list in a word document called "Blog Recipes to Try". I admit that it's just getting longer and longer. I do try lots - but not nearly as many as I want to. These are the three latest:
Thai Noodles from Tea and Cookies
Beehive Pasta Timbale (!!!) from Lex Culinaria
Almond Honey Cookies from Accidental Hedonist

2. A food blog in your vicinity:
There are, as far as I know, two other food bloggers in Stockholm that blog in English. If you haven't already visited - do! They're both great!
Kristina at Clivia's Cuisine
Dagmar at A Cat In The Kitchen

3. A food blog located far from you:
Everything is far from Sweden. Or at least, that's how it often feels. One faraway blog that I enjoy a lot is Dessert Comes First, from the Philippines.

4. A foodblog (or several) you have discovered recently (and where did you find it?)
Some of the most recent ones that I've started reading in my RSS feed are Pleasure Cooker, The Traveler's Lunchbox and Lex Culinaria. (I know, I'm so late to the party.)

5. Any people or bloggers you want to tag with this meme?
Right! I'm not sure who's tagged already, so I'll go with some of my usual suspects - who happen to be very well spread around the world - Kevin from Seriously Good, Pille from Nami-Nami and Niki from Esurientes.
Posted by Anne at 15:02

Thanks for tagging me, Anne - I promise to participate before the end of this week!!

Thanks for doing the meme, it's so much fun to find new bloggers and recipes. Now I'm off to explore some of your choices.